This is a personal invite to you, to join the latest marketing and matrix program for FREE before it is officially launched at the end of October.

http://newwavepowermarketing.com/index.php?spon=6341
It offers unlimited text and banner ad promotion as well as free unlimited hosting a domain name for 3 web pages. This in itself is a great product and they will be arranging a tutorial for members to easily create pages using their software.
As well as these great products they also have a small 4x4 matrix attached which means that members can earn over $1000 per account they have, plus they will also receive $1 for every personal referral they receive to infinity. I would like to invite you to take two positions before it is launched:
http://newwavepowermarketing.com/index.php?spon=6341
Please also feel free to promote this and invite people to sign up under your own link and ask them to take 2 positions as well. This is a FREE pre-launch, so all members can join for free until we launch on October 31st. Members will be then be invited to upgrade according to the level of the overall matrix they are in. This will eliminate any lost downline and commissions and will also encourage more upgrades, and at $12 per spot, who wouldn't.
As I am sure you can see, this program will grow very large, very quickly, so time is of the essence.
Sign up for free using this link below and start inviting members under your own link as soon as.
http://newwavepowermarketing.com/index.php?spon=6341
We also have massive prizes for top referrers including top spots in the overall 'New Wave'program matrix and with over 10,000 members expected to join just during the pre-launch alone, these will be very lucrative spots indeed.
You will find promotional resources for your use in your 'New Wave Power Marketing' account.
Thank you for taking the time to read this and for signing up for free in this great program.
To your success.
Admin
New Wave Power Marketing

Umno suffers even if it wins Bagan Pinang

The choice of Tan Sri Isa Samad by Umno to be its candidate for the crucial Bagan Pinang state by-election on Oct 10 casts serious doubts on the party’s insight into the country’s new political scene.
Isa’s candidature is a slap in the face of Umno veterans such as former premier Tun Dr Mahathir Mohamad and Tengku Razaleigh Hamzah who have been warning the party against reinstating someone who had been suspended by the party for political corruption; and whose suspension was used by the party to trumpet its resolve to check dubious practices.
Before March 8, 2008, such an audacious selection would have passed without much comment. But times have changed, and the public is particularly sensitive to arrogant behaviour among its leaders.
Umno would realise this if it were not as self-absorbed as it obviously is at present.
Isa, mentri besar of Negri Sembilan for 22 years prior to 2004, was suspended in June 2005 on seven charges of political corruption. The six-year suspension was later reduced to three after he appealed.
The fact that Umno lost the Permatang Pasir by-election on Aug 25 after fielding Rohaizat Othman, a lawyer who had been disbarred by the Bar Council for misconduct, seems not to have deterred the party from adopting exotic electoral tactics.
Perhaps the significance of that defeat was shielded from Umno by the deliberation that Permatang Pasir was not theirs to win in any case.
Bagan Pinang, on the other hand, is theirs to lose. Six of the seven by-elections held on the peninsula so far since the general election had involved seats held by opposition parties. This is the second involving a Barisan Nasional (BN) seat.
There was therefore all the more reason to expect the party to do all it can to avoid shooting itself in the foot once again as it did in August. Now, even if Isa does win, the party will have to pay a long-term price on the national stage.
While Umno may be more able to stand its ground in this case than in earlier by-elections, the constituency’s support for the party did fall from a victory margin of 4,411 in 2004 to 2,333 last year.
Should Umno lose in this electoral frontline state where the BN is only four seats away from dropping power, its runs a real risk that PR support will spread further in the peninsula’s southern regions.
After all, the parliamentary constituency of Teluk Kemang, within which Bagan Pinang is situated, is held by Kamarul Baharin Abbas of the opposition Parti Keadilan Rakyat. Of the other four state seats within Teluk Kemang, only one — Linggi — is under the BN.
Umno’s top leaders are playing a dicey game in placing short-sighted divisional demands before central concerns at this critical time for the coalition.
One misgiving that will linger after the by-election has come and gone, even among Umno supporters, is that this incident illustrates that Prime Minister Datuk Seri Najib Razak lacks control over the party at state and local levels.
This turn of events also shows that other BN members, despite being under as much pressure as Umno is to reposition themselves, are unable to advise their big brother to think beyond narrow party politics.
Whatever the result of the by-election, repercussions within Umno are to be expected. Discontented elements within it are bound to make their objections heard after the battle in Bagan Pinang is over, especially when this year’s general assembly, during which serious party reforms are to be announced, is just around the corner.
The party’s allies will be watching with bated breath, knowing that their own future depends on Umno’s ability to adopt bold and innovative reforms. — TODAY
The writer is a Fellow at the Institute of Southeast Asian Studies. His latest book is “Arrested Reform: The Undoing of Abdullah Badawi” (Refsa). 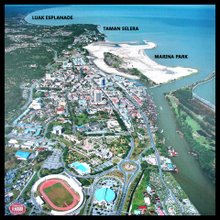